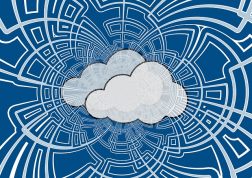 Is your business ready for the Fourth Industrial Revolution?

Most British businesses are seemingly unprepared for the dramatic technology developments set to reshape the workplace in the next decade. This is according to the findings of The Workforces 2025 Report.

The majority of British workers are frustrated to find themselves in office environments where they lack access to the right level of technology to do their jobs well.

Less than 1 in 5 (17%) of British employees are regularly using instant messaging services for work.

This indicates that few British businesses are taking advantage of established technology solutions. These have been around for a decade and have already shown to lower business costs. Another major plus of these solutions is the ability to improve collaboration and productivity in the workplace.

The report also reveals that only a minority of British businesses are looking to prioritise technology investment to prepare for the impact of what has been termed the Fourth Industrial Revolution. The rise of machine learning, Artificial Intelligence and robotics combined with shifting employment expectations, are all predicted to significantly shift the nature and practice of work in the developed world. 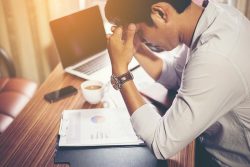 Research commissioned by TalkTalk Business and conducted by YouGov has found that almost 2 out of 3 British employees (64%) believe that poor technology impacts their workplace productivity in some form.

Top of the list of time wasters is a slow internet connection, highlighted by 40% of British workers. Closely followed by having to use a work computer that is not powerful enough (36%). Along with having to use old versions of software and systems that keep crashing (29%), 1 in 5 workers also feel that their time is wasted when trying to share and download large documents.

Frustration with inadequate technology in the workplace is highest among the new generation of millennials entering the world of work. Almost half of 18-24 year olds are complaining that slow internet (48%) speeds or slow hardware (47%) keeps them from doing their job.

Work vs Home: The technology divide 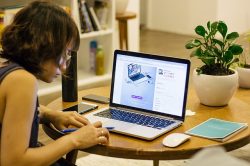 When asked to consider their employers attitude to technology and the use of collaborative communications tools, just 3% of British workers said they would describe their place of work as ‘Leading Edge’. This is based on access to hi-spec computers, laptops and software, super-fast and reliable internet connectivity and the use of cloud-based software and collaboration tools.

By contrast, most British workers (44%) describe their workplaces as ‘Traditional’ with useable but basic computers, telephones, and other hardware and slow to adequate internet speeds, systems, and connectivity.

To find out how Alliance Communications can bring your business into the 21st Century with our telecoms, unified communications and internet services, contact us on
01173 700 900 or email info@alliancecoms.com